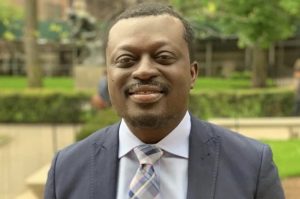 The pronouncement by the government directing the CBN to stop providing foreign exchange for importation of food should require rigorous interrogation. What is unfortunate is the worn-out narrative that removing the importers from the “official” FX list will spur domestic production and also conserve foreign currency.  This is partly untrue.  We have also taken this further with border closure, fully expanding the import substitution policy of the current government.

We must dig deep to understand the real issues. What sucks Nigerian currency and what constitutes Nigeria’s external reserves? In the 2018 trade report as presented by the Nigeria Bureau of Statistics, Nigeria’s imports were put N13.17tn ($43.18bn). Compare these imports to African peers such as Egypt (2017: $64bn) and South Africa (2017: $82bn), Nigeria’s imports are relatively low. However, what makes the bulk of Nigeria’s import? It is not food. According to NBS, in 2018, 30.16% of Nigeria exports is linked to imported fuel.

Nigeria mostly operates a trade surplus (exports higher than imports) and in the sixteen quarters between 2015 and 2018, it only experienced trade deficit thrice, mainly during the difficult period of recession, especially when oil prices tanked across the globe.  When oil prices dropped in 1981, 2009 & 2014, we were witnesses to how the economy ran aground. The currency weakened, growth slumped, and we faced FX shortage except in 2009 when we had excess crude reserves to intervene.

The current policy of the Federal Government as directed to the CBN points back to the existential issue that Nigeria tries to run away from. Nigeria’s external reserves vulnerability is largely linked to two elements – the continuous dependence of foreign exchange earnings from oil exports and a surge in portfolio investments, which are taking advantage of Nigeria’s equity and bond offerings.

The issue of basing restricting FX from CBN for importers is to constantly dodge from the main issue of Nigeria’s severe dependence on oil exports. In 2018, 96.2% of Nigeria’s official exports was linked to oil. In 2016, where Nigeria faced severe FX challenges that finally resulted in devaluation, it was because oil prices tanked. Why is Nigeria not focusing on the core issues of balancing its export portfolio? What will the removal of agricultural imports (raw and processed) valued at $4.9bn, being 11.34% of the entire import bill do when oil prices slip?

Nigeria external reserves are also vulnerable to sudden repatriation of funds by portfolio investors. In 2018, out of the $16.8bn capital imported into Nigeria, $11.8bn (70%) was linked to portfolio investments, largely invested in money market instruments. As analysts continue to point out that the US might largely land itself in recession in Q4 2019, there is a tendency for the huge outflow of funds as capital managers will request a recall in an era of panic. While Nigeria could do better to seek more Foreign Direct Investments, pronouncements such as a political entity such as the Presidency, openly influencing monetary policy will not sit well with long-term investors. In fact, this might be more dangerous to the narrative of seeking more FX into the country. While FG might have other motives of boosting using such policies to boost domestic production and provide employment, the continuous over-reach of thinking it can use import substitution to fix its structural issues around oil dependence is wrong.

Nigeria has agricultural exports that are currently on the incredible upward swing. For example, Nigeria’s agricultural exports have grown from N60bn in 2016 t0 N170bn in 2017 to N302bn in 2018, showing huge potential with such rapid scale despite its smallness. Why is the Nigerian government not doubling its effort on smoothening the process of exports which improves standardization, ports, business registration, packaging and other value-added processing? For example, Nigeria exports N33bn worth of sesame seed in Q4 2018 and while there is a continuous demand for this in light of the recent spat between US and China, isn’t this a space that Nigeria with improved agriculture practices can take advantage of?

It is a dangerous approach for a country to push agenda on import substitution as most countries that tried this methodology found that expanding exports and seeking new markets is sustainable to keep the economy afloat, import foreign capital and provide jobs on a massive scale. China, South Korea, Japan and so on have seen that autarky that comes with import restriction does not scale the income level of countries, neither does it raise standards. China became the global economic superpower because of its export status and title as “workshop of the world”.

I have maintained that the extreme poverty you see in Nigeria is because its people do too little to sell to the world. Vietnam, China India are doing their all to plug into the global marketplace because after China shut its border for years, it found out that export-led growth in a diversified manner is most sustainable way out of extreme poverty.

I am not for smuggling and practices of unfair trade but if we look deeply, have our own institutions not failed? Is the answer to smuggling solely the closure of borders? We need to get our neighbours to act right, but this is an indictment on our institutions and failure of our infrastructure. We deserve to have varied trade practices but our obsession around rice is just comical. There’s no compulsion about why we should eat the rice we produce. Every country chooses to protect certain products but that’s in the context of a larger strategy around exports. If the comparative advantage of our land is to export sesame seed, soybean or cow milk, why not give this intense focus?

There is a more important reason why we aren’t aggressively targeting exports and we are excited in this frenzy of import substitution. We have wasted our years of growth and right now, we aren’t ready to accelerate our reform. An export-led economy is extremely competitive, so you have to get the infrastructure (ports & access roads), processing, business registration and standardization, education, the skilled economy right. We aren’t ready for that hard work with all the elements moving at the same pace.

So, in the end, we hope for $40bn exports (still dominated by oil) and maybe $25bn in imports (less food and refined crude imports), that’s what I mean by playing and thinking small. Analysts would say I am asking us to walk before we crawl but targeting exports as a policy is not sudden work but the signalling must be clear.

However, we can continue to drag with the Benin Republic with 11m population and a $10bn economy or just learn how China’s boat lifted smaller economies around it such as Vietnam (with over $200bn in exports). The world is aggregating towards the influence of large economies. This is not our time to think small, but we are playing on a short-term strategy that packs emotive nationalist arguments.

What Nigeria needs is the discipline that export systems bring along in terms of skills development, operational excellence and product development. Managing imports keeps Nigeria’s fry small and circles resources around a country with poor and disparate income levels. Nigeria has an export problem with its immense dependence on oil and without solving this existential issue through rigorous thinking, it will continue to wonder how development keeps eluding it.  Just because it continuously seeks quick exits rather than confronting its existential problem- the severe dependence of its economy on oil, a volatile commodity.