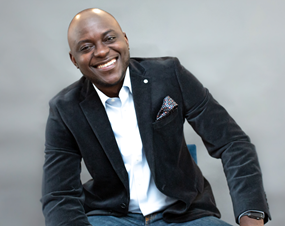 In the ninth month of the second quadrannium of Gambrach, the spirit of rubberstampia descended with great heaviness upon the wardens of senatii and junior senatii – Sers Nar Wal and Jar-Jar Beer Miller – and in unison they proclaimed, “We are nothing but inkpads in the hands of rubberstampia. Our constituents did not send us into Boo Jar to contend with Gambrach. No! We were sent to keep him unchecked and balanced. Anybody who doesn’t like it, that’s their gaddem business!” And Gambrach beheld them and was well pleased with them.

It was in that day as well that the High Magistracy, now under the headship of Branko (who had been installed by Gambrach when Nono Gengen was ignominiously removed), ruled on the various Disuputio Gubernatoses that followed Electoralis across the land. In the Kingdom of Imossopotamia, previously ruled by Roe Chazz the Statuesque, King Heady Hoha had been delcared winner of electoralis by the Necomongers but Disputio Gubernatosis followed with his contenders (including Inlaw Luther Roach – son in law to Roe Chazz) dissatisfied with the outcome. Of all the contenders, Ser Whose Ordimm had recorded the lowest number of votes. At the High Magistracy, Whose Ordimm protested the cancellation of polls from several hamlets in Imosspotamia, alleging that this was the reason he ‘carried last’ (in Jirrian parlance). The High Magistracy panel of 7 agreed and thus was Whose Ordimm declared King in Heady Hoha’s stead.

The High Magistracy, on the other hand, upheld the victories of King Macashma Gandi the Great Sold, in Car-Knoe, and King Tambouriner of Ko Tow.

Yea, there was unchill in the land – but not because of the news from the High Magistracy (this was a time of in Excelsis after all) but because new news reached the people that Gambrach’s daughter, Hernnana Oohnana, had flown on the Royal winged chariot to Bah Ouchie (na na na) to indulge in some private inner bahyour. You see, unlike what some in her family had not quite managed to do, Hernnana Oohnana had obtained a High Papyrus Certificato in Moboriousity and the King of Bah Ouchie had staged a cantata (na na na) for her to flex her newly minted skills.

“The winged chariot is not Gambrach’s personal property. Yes, we know it ferries him on private appointments to the Jandinian meisters – but at least he is King. Wither cometh the audacity of Hernnana Oohnana?”

Meanwhile, in North Easteros, the Haramites of Boko had recovered from their technical incapacitation and were resuming their plague of pillage, kidnappery and murder. In South Westeros, farmlands continued to suffer attacks from swarms of locusty cattle, herded without regard for civilisation by herders, under the auspices of the Yetis of Gawd. The people wailed and gnashed their teeth in anguish until, one day, the South Westerosi kings decided that it was time to act.

Thus did they go into conclave to ponder the matter and when they arose, in billowing white smoke, with their arms folded in a letter X across their chests, they proclaimed unto the people –

“Behold, we have heard thy cries. The lord of the harvest that has been destroyed has also heard thy cries. Ye shall cry no more – for we have consalted theh spirits of the ancestahs and they hevv told us, to invoke theh spirit of the Tekun. But yea, as these are modern times, it is no mere Tekun that shall protect thee and thy farms. Nay! It is an army of Armoured Tekuns!!!”

“Yes, we have summoned men from all the corners of South Westeros. And when they drink this potion, theh pawehs of the Tekun shall be upon them and thy sorrows shall be stripped ehwhey!!! WAKANDA FOREVER!!!!”

Bar-Kar, Gambrach’s chief lawman saw it and declared unto them that it was solely within the preserve of the King (that is, King Gambrach) and his Nassholes to constitute an enforcement unit akin to police.

But the people answered, “We did not hear you declare it illegal for roaming herders to destroy our farmlands. Neither did we hear you proclaim Macashma Gandi’s Hizballah constables illegal. Is it because Macashma of the dollared robes is the chief magician of electoralis?”

Lo, the Yetis of Gawd themselves heard it and said unto the South Westerosi – “Ye are the most un soapysticated Marlians of the Jirrian peoples, with this Armoured Tekun machinations. Be ye not deceived.”

“Our leader Shiwajun will unleash wahala morghulis upon thee for this insolence!” the people declared, and looked towards the palace of Body Lawn. But there was only silence.

And then news came from Trumpstantinople that Jirrians would soon no longer be welcome
into the Kingdom, for reasons as yet unclear. It was this that finally broke the dams of unchill
for, as it is said, nobody cometh between a Jirrian and his/her dream to love Jirria from
Trumpstantinople!”

Lo, yea and behold – there was no gaddem chill in all the land!

– Rotimi Fawole is a lawyer and satirist.