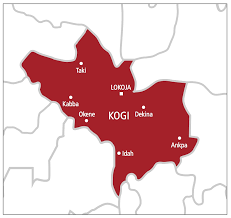 The Independent National Electoral Commission has scheduled the Kogi state Governorship elections to hold on the 12th of November 2019.
Elections in Kogi State are peculiar, because of the Ethno-religious nature of Kogi politics. The major ethnic groups in the state are Igala, Ebira, and Okun. The Igala people are the most populous in the state, comprising of approximately 58% of the state’s population, they are mostly Muslims. The Ebira people are also majorly Muslims but are not half as populous as the Igala people. The incumbent governor of the state Yahaya Bello is from Ebira. The third group is the Okun group. These are the Yoruba affiliated people of Kogi state, and they are majorly Christians, unlike the other two groups.
From the creation of the confluence state, the Igala people due to their population and influence have always produced the candidate who emerges as governor of the state. This was until the 2015 Elections, where the death of Audu Abubakar, the APC candidate from Igala caused a turn of the tables, as he was replaced by Yahaya Bello, an Ebira Man from Okene, who was the first runner up at the party’s primaries. The decision of the Electoral body did not seat well some Igala politicians and Elder statesmen.

Advice to the Good People of Kogi State

The people of Kogi state need to understand that the element of ethnicity in politics is not always a factor that guarantees a more favorable allocation and appointment quota. There is the idea that if their “sons” and “daughters” are in positions of power, it would automatically mean that they are entitled to more government funding or better welfare, in terms of good roads, and standard health care facilities.
The people have to appoint a ruler that has the KSC to build the state

Knowledge is power; Power is what the people of Kogi are going to give by electing a Governor. The people should consider this when electing their governor. The governor should be someone who knows what his people are going through, and who is dutiful enough to listen and know where their foot hurts. The knowledge of the problem is the first step to proffering solutions.

A leader is one who is skilled in applying his knowledge of the people’s problems in achieving the state’s objectives and the Party’s manifesto. A good leader should possess basic skills in management, accountability, and communication. Communication is a fundamental pillar of democracy, as the people being governed have to communicate with the governor, and he has to be willing to listen and give adequate responses. The right governor of Kogi state must also be one who has good accountability skills, he should have the skill to give detailed accounts of funds and resources entrusted in him by his good office.

The true gift of a leader is not how they perform during good times, but how they can show commitment and resilience when faced with challenges or difficult situations. A good leader is one who is committed not just to the job, but the people of Kogi State, and has their best interest at heart.
A great leader is one with a positive mindset, and leads by example, and can make sure that all the institutions in the state are working optimally.
After a close consideration of the “KSC”, independent decisions should be made by the electorate, and they should place each candidate on a scale and weigh them, to find out who the true leader is, the one who has the highest “KSC”, and that person is who the people of Kogi should vote for and make their governor.
We the people have to be careful not to allow our sentimental reservations cloud our choices, especially when it is an issue as important as appointing a political leader who we believe will hold our best interests at heart and listen to the people.
The right candidate should be one who the people have faith in. We should not trade our right to vote for grains, neither should we trade it for the fill of our bellies. The future of Kogi rests in the thumbprint of every voting Kogi person, and that should not be decided based on Ethno-Religious sentiments.
The good people of Kogi should not be indulged, told who to vote for or be influenced by mob mentality. They should be able to decide who they want to rule them. Elections are not about race, tribe or religion, but about putting into power the best person for the job, the person who they believe has the best potential to deliver and provide positive results, at the same time developing Kogi state towards achieving the vision and mission of the state.