The Office of the Citizen and the Long Road Ahead 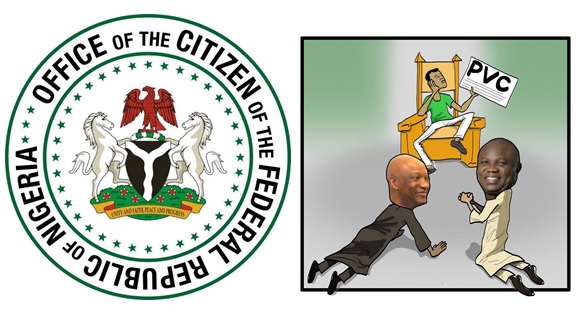 From the initially scheduled date of February 14th, we hope to finally have all results from the 2015 General elections this week of April 26th. 2 months is a long time to keep the business of governance hanging for a nation; then again, even without a postponement, India’s elections ran in 9 phases over a 4 week period!

There were expected wins and some upsets, but the ‘election’ that captured the hearts and minds of Nigerians and the world was our Presidential election which saw an incumbent lose for the first time in Nigeria’s history. Following the steps of Ekiti State’s MrFayemi, Mr Jonathan also conceded defeat, albeit before official results were announced. This set the tone for the gubernatorial elections as Governors-elect in Kaduna, Lagos and other states graciously called their opponents to congratulate them.

For most Nigerians, it is the Presidential & Governorship elections that matter most with little attention paid to members of the National Assembly and the State Houses of Assembly. Unlike the Presidential and Governorship elections were the media and the electorate focus on the individual, track records, manifestos, promises and the like, most National Assembly and State House of Assembly members tend to ride on the coat tails of their parties – very little formal campaigning, no debates, no manifestos. There are a lot of stakeholder visits and direct engagements with party members. If we had Presidential & Governorship elections on one day and the legislative elections on another day, the drop in voter turnout will definitely raise eye brows!

With this cycle of elections done, we’ve elected 5 of the 7 offices we can vote for – President, Governor, Senator, House of Representatives member & House of Assembly member. We now have to wait for the states to determine when they want to hold Local Government elections to vote for the other two offices.

With our elected officials getting ready to be sworn in on May 29th, citizens also have to get ready to engage this new set of politicians from the ‘Office of the Citizen’.MrsObyEzekwesili teaches that this is the highest office in the land, however, most of us don’t know the office exists and those who do, seem to have abdicated their responsibilities. Quite simply, there are rights and responsibilities that come with being a citizen of a nation. We tend to grumble about our rights being abused, but we hardly discuss the responsibilities associated with these rights. These responsibilities are actually laid out in Chapter 2, Section 24 of the 1999 Nigerian Constitution (as amended). Of the 6 broad responsibilities highlighted, the most important would probably be –

(d) make positive and useful contribution to the advancement, progress and well-being of the community where he resides;

In simple terms, be engaged in your community and pay attention to how it is run. For eligible voters, our vote is the most potent weapon we have as it’s what confers authority on our elected officials to make decisions on our behalf and hold our common wealth in trust – spending judiciously and saving for a rainy day. So around elections, they make promises and try to capture our support. For discerning voters, we ask questions and try to get commitments to specific actions. However, for the majority of the voting population who are disconnected from governance, elections is a once in a 4-year opportunity to get something from politicians, who we won’t see for another 4 years, so we are content with food items, fabric and cash.

The general saying is that APC and PDP are 6 and half a dozen given the level of decamping and cross-carpeting. Therefore, party allegiances are neither here nor there as the ball is really in the citizen’s court. Collectively we can decide who presides over our affairs and how they do it. It is hard work but very possible. A starting point would be to map out an agenda; determine priority issues and find like minds to create a plan of engagement. For me, here are some things that I would love to find partners to work with over the next 4 years.

My Senator, House of Representative member and State House of Assembly – who are they? Where are their offices? What are their phone numbers and email addresses? What have they promised to do? How often do they plan to host town hall meetings to engage? How do we ensure they represent our wishes? A project called ‘Shine your eye’ – www.shineyoureye.org – has started to compile this information and it promises to be an indispensable platform for engagement.