Weekly Updates on the #EndSARS Judicial Panels of Inquiry – No. 10

As the panels start to reach the midpoint of the duration of their sittings, emerging trends from across the country, reported by citizen observers deployed across the states and the FCT show that Oyo and Kogi State remain the only states that have constituted a Judicial Panel of Inquiry but are yet to commence sittings, as petitions continue to be submitted at the Panel secretariat. The refusal to constitute Judicial Panels of Inquiry in Borno, Jigawa, Kano, Kebbi, Sokoto, Yobe and Zamfara States indicate a pattern of response that underlines the Nigerian government’s unwillingness to engage in meaningful security sector reform. While the #EndSARS protests began as protests against a special unit of Nigeria’s Police Force, it morphed into a larger cry against police brutality. It moved from police brutality to bad governance as it became obvious that police brutality was a symptom of a deeper problem. Yiaga Africa and Enough is Enough Nigeria (EiE)’s observation of the Panels of Inquiry will continue to provide information to citizens, promote transparency and accountability and build citizens’ confidence in the process. 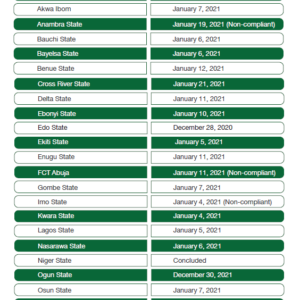 Niger and Katsina States have concluded the Panels with 18 and 61 petitions respectively. 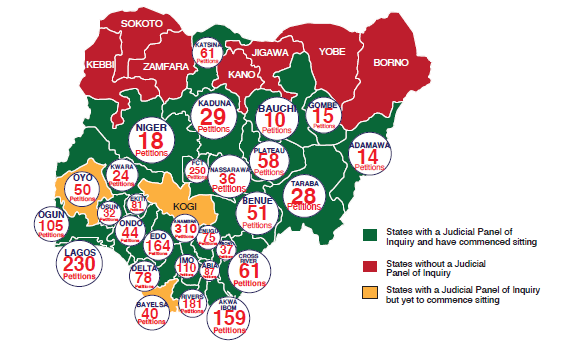 Other evidence presented across the different Panels include: