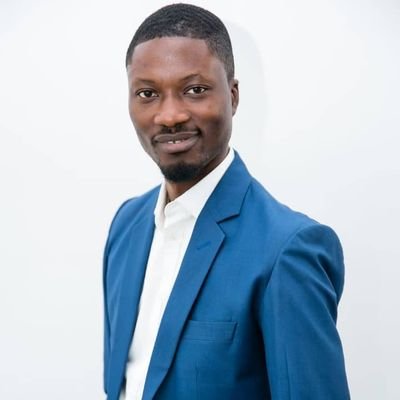 #EndSARS: When Young Citizens are “No Longer at Ease” by Adeolu Adekola 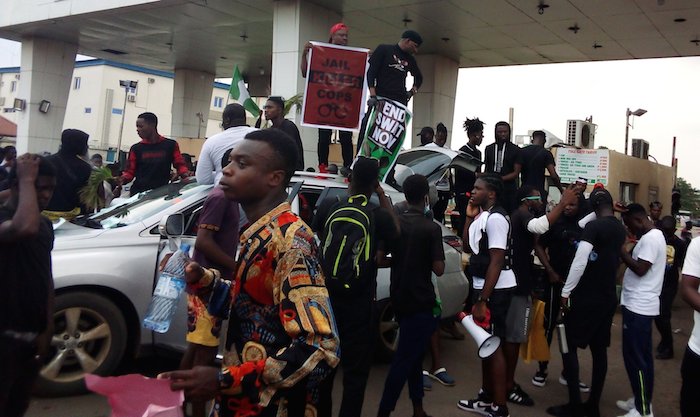 The plot of the 1960 novel by Professor Chinua Achebe’s “No Longer at Ease” chronicles the corruptible nature of the main character confronted with the issue of bribery. This is further complicated by a state of emotional confusion between his African culture and Western lifestyle. Perhaps, Achebe’s debut novel “Things Fall Apart” first published in 1958 may have been a better title given that the theme song for the 1971 movie (adapted from the novel) says Things fall apart and the centre cannot hold; Mere anarchy is loosed upon our lands. Digging deeper, the title from Achebe’s first novel is taken from a William Butler Yeat 1919 poem titled “The Second Coming”. He uses the opening stanza of the poem as an epigraph to the novel. Going by these pointers, social issues predates the 21st century and cuts across the world in different shades. For example, the Black Lives Matter (BLM) movement protested incidents of police brutality and all racially motivated violence in the United States. The point to note is that matters surrounding protests on any issue are built over a period and stepping out is triggered when victims are no longer at ease with the state of things.

It is rather ironical that just several days after Nigeria attained its 60th independence anniversary on October 1, the agitations to end police brutality resurfaced after being triggered by yet another occurrence in Delta State. While the government had planned a 365-day celebration ending September 30th, 2021 to commemorate the diamond jubilee celebration, little did it know that the lingering #EndSARS issue will raise its ‘ugly head’ again. The #EndSARS movement which started as a social media advocacy campaign in December 2016 has been pushing for reforms to demand Nigeria’s government to scrap and end the deployment of Nigeria Police Force Special Anti-Robbery Squad, popularly known as SARS. Instances of extrajudicial killing, harassment, extortion of citizens especially young Nigerians by SARS is widespread on conventional and social media.

SARS, a unit under the Force Criminal Investigation and Intelligence Department, FCIID headed by a Deputy Inspector-General of Police was founded in 1992, by a former Commissioner of Police, Simeon Danladi Midenda, to address the surging wave of crime in Lagos State. The unit which only existed in Lagos between 1992 and 2002, was extended to other States Police commands. At inception, there was an element of surprise and facelessness that accompanied SARS’ mode of operation. That has since disappeared as they are seen in various nook and cranny brandishing their weapons. The question of whether the unit has grown into an uncontrollable monster whose methods akin to human rights abuses especially on innocent persons needs to be answered. A holistic approach to sincerely reform the unit since 2016 when #EndSARS started online would have been yielding results today.

There are several arguments by public sector reforms experts and other stakeholders that ending SARS will do more harm than good. They say that there are officers who are upright and a ‘few bad eggs’ should not be used as bait to entirely shut down the system. The point to note, however, is that the chance for the Nigerian Government to reform or restructure SARS was lost because it did not proactively tackle the issue with the needed commitment with accompanying results. Every now and then when young Nigerians who constitute the largest demography of the country take to social media to express their displeasure, cosmetic pronouncements are made, officers are paraded, and it ends there. It leaves more to be desired than sharing telephone numbers citizens can report to when issues arise. Some young Nigerians are still having Post-Traumatic Stress Disorder (PTSD) due to the inhuman experiences they have had. Families have not remained the same since life was snuffed out of a member for no just cause and without any result from the Police investigating itself.

In June 2018 at the instance of the Police Public Relations Officer (PRO), and through the platform provided by Enough is Enough Nigeria (EiE), there was a request by the Nigeria Police Force to be part of a public complaint response team on SARS. While I can say the engagement possibly contributed to a revised Standard Operation Procedure (SOP) for SARS which was championed to be made public for civic engagement purposes and the recently passed and assented Nigeria Police Act 2020, it was obvious that #EndSARS was not only about a dysfunctional Police Force. It is rooted in a deep-seated lack of value for the life of a Nigerian contributed largely by irresponsible leadership and very weak political will to do the right thing. I recall instances that the officers representing the force acted defensively when critical questions on the code of conduct and rules of engagement establishing SARS were asked. The true sincerity of wanting to improve how the Police Force at large runs, therefore, was in question. According to John C. Maxwell, “Everything rises and falls on leadership”.

The mode of profiling of ‘suspects’ done by SARS officers has put a lot of question marks on its method. The technology and entertainment industries in Nigeria are key contributors to the economy and largely driven by young persons. Profiling of suspects by their looks, use of gadgets and so on has put a good number of young Nigerians on the spotlight against rogue SARS officers and in fact the entire Nigeria Police Force. Paying very sincere attention to the endless cases raised on social media would have saved the day. But alas, it is usually seen that after some days, it will blow over. It was only a matter of time for the agitation to run over and go offline. Seeing the Nigerian Government since 2015 has adopted several approaches to stifle protests, #EndSARS became a citizen-led decentralised movement redefining protests in Nigeria. Several online advocacies moving offline usually had point persons and/or leaders. #OccupyNigeria, #BringBackOurGirls, #OpenNASS, #NigeriaMourns, #StateOfEmergencyGBV, #RevolutionNow and so on are examples. We saw how the BBOG movement was harassed countless times. We have seen and continue to experience how parallel protests are organised to counter valid causes. We have seen the intimidation of celebrities who challenged the status quo and were willing to lead causes through protests as it happened for the #OneVoice protests in 2017 held 7 Nigerian cities and London.

What started as a peaceful agitation in which there was a parallel structure across the country with legal, health, feeding and at some point, security services provided by the protesters for the protesters lays credence how much social services and the responsibility of government has been left to rot over the years. The shooting of live bullets at peaceful protesters at the Lekki toll gate and the unrest that occurred afterwards leading to the destruction of public and private properties is unfortunate. The sincerity of the government in wanting to do the right thing is now in question as there are more questions than answers. Is it not puzzling that the Chief Security Officer of Lagos state is unable to give a clear account of how footages showing assault by Soldiers on peaceful protesters happened on his watch? How is a curfew declared and several unidentified criminal individuals went on rampage burning public and private properties with little or no resistance by security operatives? How are citizens able to suddenly locate and ‘loot’ warehouses and residence of political office holders where COVID19 palliatives and other ‘empowerment’ items are being kept?

The Nigeria of the future depends on prioritising the lives of its citizens first and a Police Force that works for everyone is pivotal to this. #EndSARS is not a ‘us’ versus ‘them’; it is a simple call by young Nigerians and by extension the citizenry that needs to be taken seriously as a national security issue. Also, this should be a reminder to stakeholders that the widely reported violence/looting which occurred nationwide is part of the dividends of having 60 million+ Nigerians who are unable to read or write and also the core of the 100 million in multidimensional extreme poverty. Bullets and tanks will not solve the illiteracy and poverty problem in the country. The harassment, intimidation, arrest and killing of protesters is a bitter pill to swallow. The agitations of the #EndSARS protesters are legitimate ones backed with the #5for5 demands. From 2015, announcements on reforming, restructuring, reorganising and disbanding SARS failed. It is strange that the government would rather channel its energy to silence and stifle protesters rather than engage like before the 2019 elections when the Vice President was actively in markets facilitating the distribution of Tradermoni and Marketmoni. The #EndSARS protests have sent a clear message: young Nigerians have a voice, and they are no longer at ease. Authorities must step up and put an end to police brutality in Nigeria.