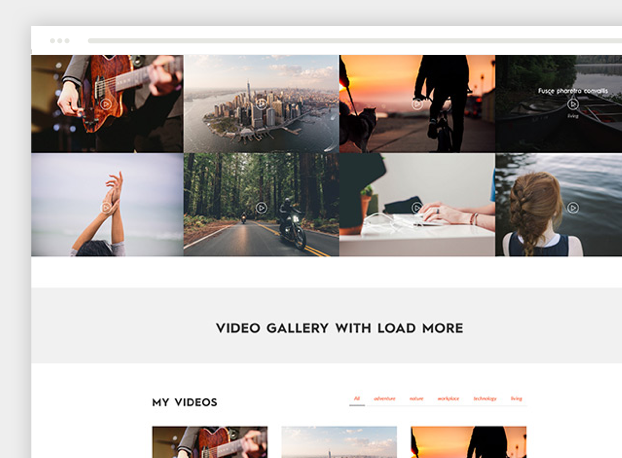 Nothing is as constant in the Kingdom of Jirria as the realignment of stars in political and stratospheric firmaments in the months before electoralis. Indeed, it was known unto the seafarers of the global world that Jirrian waters were to be avoided in those months, as relying on what they thought to be True North, which in fact had been True North only a few months before, had run many sailors aground.

In the realignment prior to the electoralis that heralded the second quadrannium of King Gambrach, Abushola, the erstwhile Warden of Senatii had defecated with glorious stink from House Apicuria to House Padipalia. Gah Rah, the Warden of Lower Senatii had also thus defecated. In fact, the defecations numbered over 60 and included notables like senateen Dinobetes Mellitus of Kogitamia. In a public ceremony, they all emptied their bowels over the Apicurean flag, denounced Gambrach and pledged fealty to Arty Cool (himself a famous defecator in electorales past) of House Padipalia.

It was hardly a surprise that Abushola realigned for electoralis. When Gambrach triumphed over Gejoshaphat and ascended the Iron Throne of Boo Jar, both he (that is, Gambrach) and Shiwajun had candidates they favoured to lead the Nassholes. But Gah Rah and Abushola imbued with the spirits of the gods of kicksport – Meh See, Ko Tcha and Nal Do – dribbled and gazumped them most thoroughly. Lo, in the words of the ancient Jirrian philosopher Bah Heeahbon, it was a scurrilous subterfuge of a scandalous and mendacious kungaga.

Gambrach and Shiwajun did not take it lightly. They promptly deployed the Everly Failing at Convictions Council to find Abushola’s wrongdoings and they charged him to Conductivitis, that he might be found guilty and stripped of high office. Shiwajun’s confidence in Conductivitis astounded the people of the land, for even he was a veteran of Conductivitian jousting, where he had escaped unscathed.  Like Shiwajun before him, Abushola also triumphed at Conductivitis; but he paid the ultimate price and was vanquished at electoralis.

When the second quadrannium began, Gambrach, Shiwajun and Shomolek (Headboy of House Apicuria) were keen that there would not be another gaou – for in the words of the ancient travelling troupe Magical Systems, “while the first gaou is excusable, the second gaou means you are a dunce!”

So they summoned the longstanding senateen, Ser Nah Wal, told him to kneel down and baptised him with a gourd of syconfancia. “Arise, O Warden!” Shomolek commanded. But Nah Wal was hesitant.

“You call me Warden, great Headboy, and if you say it then it must be so. But surely you know that Dan Jango, a longstanding Apicurian nasshole as I, also desires the Wardeny.”

“Leave the matter of Dan Jango with me,” said Shiwajun. “I know where he is currently hurting the most. He has a pimple on his forehead that I can pop for him.”

Thus it was that Ser Dan Jango, a notable friend and veritable guy of the bard Icy Duke of the City of Chalk Lit, was summoned into the presence of Shiwajun and Shomolek. There he was informed that Nah Wal and not he had been chosen to lead senatii into the new glorious age of rubberstampia.

Dan Jango was unsettled by the news and protested, saying, “But my lords, I beg thee to reconsider. I am as qualified as Nah Wal to lead senatii in perfunctoriness and I can wield the scepter of rubberstampia more fancifully than any in the land. My entire existence in senatii has been iconic rubberstampism!!!”

“Aye, we know this but remember that Abushola dribbled all of us in the past quadrannium, when it was first promised to Nah Wal. If you do Apicuria this favour, we shall summon Mar Goo the Unconfirmed and cause the Everly Failing at Convictions Council to fail once again on your account” answered Shiwajun.

“Ye wouldst do this for me?” asked Dan Jango in disbelief.

“A small price of 5 billion shekels forgotten between friends – good deal would you not say? Now say yes quickly, so I can return home to my baby girl” said Shomolek. And thus was it settled. Nah Wal was formally elected by his peers as Warden.

With the junior senateens, the favoured was also another longstanding nasshole named  Jaja-Beer Miller. Jaja-Beer was a very loyal Apicurean from Ekonnos who eschewed all forms of comingling with Padipalians. He indulged in comingling of another sort but lo, that story is for a different chapter of the chronicles. The detractors tried to raise the banner of his professional misdemeanours in the land of Trumpetistan against him, but the Apicurean broom of Gambrach that maketh the iniquitous white and blocketh out all cries of protesting hate and sorrow availed much for him. Thus, did Jaja-Beer Miller become Junior Warden of the Nassholes.

With the principalities and powers of the Nassholes in place, King Gambrach was ready to wrestle the flesh and blood that made up the citizenry of the Kingdom with the nomination of the members of his council. According to the law of the land, Gambrach was required to appoint a councilor from each of the 36 Kingdoms, to serve him in Fecundia and preside over the mismanagement of the administratories of the kingdom – plebeian education, highway smoothening, image laundry, plundering the petrolatum that fueled the wealth of the kingdom, ensuring the infirmaries remained unfit to care for the ruling elite and the constabulary unfit to patrol a chicken coop – each one a task of herculean proportions.

In his first quadrannium, Gambrach did not name his councilors until Trentus Septembus and when he did, it was filled with such administrative luminaries as King Monoraillus Incompletus of Rivissinia – the Councillor for Travel, leading astrologer and philosopher Bull Shittu the Councillor for Telepathic and Futuristic Communication, Ah-Woodoo the Councillor for Local Rice and Hatred of Imported Food, Bongo Naya the Councillor for Writing Materials, King Flasholas of Ekonnos who served as Councillor for Semi-Illumination, King Gigex of Kee-Jah the Councilor for Slavery, and so many more.

“Wow! This list is dynamite, Shiwajun. It is even more glorious than the previous quadrannium. Will this prospect of overachievement not deter senatii from approving them?” he asked.

Thus was the list of councillors-in-waiting broadcast to the Social Medianites, the Papyrus Medianites and yea, unto the Digital Perusites. All across Jirriah, the people beheld it. And there was no gaddem chill, nary an atom of it, in all the land.