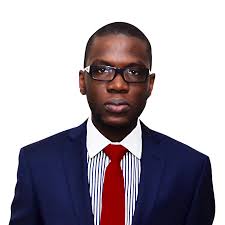 Some magic recently happened in Nigeria. In a matter of one month, the President sent a bill to the National Assembly, it was ‘debated’, passed by both the Senate and Reps and signed by the President himself after Abba Kyari, his red cap-wearing Rasputin, hand-delivered it to him in London to save money on courier costs.

This ‘historic’ feat of a broke government raiding oil companies for taxes kicked off a number of articles. Abba himself fired the starting gun with one of his usual articles written in very nice and mild English, to mask his underlying communism. Summary of it is that something this is a new deal for Nigeria. Because of reasons. One part of it was particularly funny:

As a result of this amendment, Nigeria could earn an extra billion dollars a year from our oil. These are funds that will help restore our schools and hospitals.

That’s right, the same government that reduced education spending in its 2020 budget is going to take this oil money and spend it on schools. It definitely makes sense.

The next article came from Bola Tinubu. He is not someone that any serious person should waste time reading. But if you insist — here is his own piece. Just remember that any minute of your life you spend reading an article by Tinubu is a minute you can never get back. But it’s your call. I won’t query your life choices.

Which brings me to the piece I want to comment on. It’s by my Egbon, Waziri Adio, the Executive Secretary of NEITI. I have a lot of time and respect for him — he is a serious person and is definitely one of the people I count as a credit to the current government.

And my disagreement is on a general principle. One of the reasons given for this rush rush PSC amendment act is that it is long overdue.

In Section 16, the law had two trigger clauses or conditions for the review of terms “to such an extent as the PSCs shall be economically beneficial to the Government of the Federation”: when oil exceeds $20 per barrel, in real terms, and (irrespective of if this happens), fifteen years after and every five years thereafter. As stated earlier, the $20/barrel (adjusted for inflation) threshold was reached in 2004, but no review happened. On 26 July 2007, a letter from the Department of Petroleum Resources gave notice to the contractors that the 15-year mark would be attained on 1st January 2008 and the review would commence. But nothing of such happened on that date. If the 2008 review had taken place, two other reviews would have been necessary for 2013 and 2018. Needless to say that nothing of such happened.

Rasputin also alluded to this in his piece

Crucially, the 1993 contract provided only for a review of terms. Oil passed USD20 barrel in 2003 but companies could, and did, refuse to accept any changes. The ‘business as usual’ lobby made sure that every attempt until now to amend the law ended in failure

It’s a clever way of framing the argument because it means that the bill escapes being judged on its own merits. In that sense, the Buhari government is ‘merely’ doing something that should have been done loooooong ago. But here’s my point — reviewing the law every 5 years is a bad law and that’s why it wasn’t implemented.

Consider something like the death penalty. Nigeria definitely has capital punishment in its laws. But since the return of democracy in 1999, Nigeria has pretty much stopped executing people even though there have been many death sentences since then. Yet only a couple of decades ago, people used to go watch firing squads at the Bar Beach as some form of free public entertainment. We don’t do that anymore because it really is not something that has a place in a 21st-century civilised society. Yet there is nothing in the law that says criminals cannot be publicly executed. Nigeria has taken those things as bad law and has done what many countries do to bad laws — ignore them and leave them unimplemented.

Or consider Nigeria’s ridiculous anti-gay law. It really is a stupid law and should not have been passed. But it is there on the books as the laws of the land. Imagine you become President and you really have no problem with gay people and you definitely don’t want them locked up. You are faced with a choice — take on the law by trying to have it repealed or ignoring it. You have many other priorities of course and the challenge with trying to repeal it is that you will suddenly acquire yourself many mischievous enemies especially religious ones who will accuse you of trying to infect Nigeria with gayism and turn every Nigerian gay. And then the argument breaks out again with people calling you all sorts of names saying you want to tear the moral fabric of Nigeria’s culture and so on. In such a case, by far the easier option is to simply leave the law unenforced and move on to other things. You can appoint an IG of Police and as you are fixing his epaulettes in Aso Rock, you whisper into his ear “please don’t go after anyone for being gay.
Just unlook that nonsense law”

Some offshore oil investments are for 40 years. It is hard enough to predict what will happen to oil prices over such a long time period. But you then make it worse by having your investments reviewed for taxes every 5 years. That is a bad law. When 5 years come around, you can be sure the government is never giving any tax reduction — the best you will get away with is that they leave the tax rates alone even if the circumstances call for a reduction. In another 5 years, you will dance the dance again. The taxes will only ever go up. This is a good enough reason not to implement such a law and just ignore that clause even though it is written there in black and white.

Nigeria is not an easy place to do business and over the years, there has been a lot more competition for investments. This new tax is planned to collect $1bn a year in the future. That alone is enough to make anyone wonder whether it is really worth the risk. $1bn dollars as an investment will not get you oil out of Nigeria’s deepwater. You will need multiples of that. That is, you only need to lose one investment for this tax to become counterproductive. These things also take a long time — Egina which started producing oil last year was discovered in 2003 and it cost close to $4bn. There are several undeveloped offshore fields that will suddenly now look pointless, not just because the government has raised taxes on them significantly with this new law, but because this is potentially not the last tax rise they will see.

The jury is out on this law and whether it will even raise any money. The PSCs were a godsend for a perpetually broke country like Nigeria that never has money to invest in anything serious. Without dropping a kobo for research, technology, drilling or anything else, the country is able to earn billions of dollars purely down to geography. One can compare with the alternative JVs and see how Nigeria is forever owing its cash calls on those investments. Yet the argument is now framed as if these companies have been robbing Nigeria and our Spiritual Leader has come to
right such a wrong. This is, of course, typical of APC and their clever by half devices.

In 2011, the UK chancellor, George Osborne, hit the oil and gas industry with a tax hike. At the time he was warned not to do it but he went ahead because he probably felt they were an easy target — who likes oil companies? — and thoughts their threats of cutting down investments was a bluff. By 2016 when it was clear that the industry’s threats were not empty ones, he abolished the taxes.

What we’ve seen here is a desperately broke government going after what it thinks is its easiest target. I can somewhat sympathise — Nigeria’s public finances at the moment are in such a state that I will not advise anyone to look at them without wearing safety goggles.

This amendment was not worth doing as the downside risk of losing investments is quite high. The law should have been left alone as it was, no one would have died. It is not as if oil companies are currently getting away with paying no taxes — they pay a helluva lot of taxes already including some levies oil companies in other countries don’t pay. So, there is no argument that Nigeria’s taxes were low, and the oil companies have been enjoying some kind of bonanza from operating in the country. It will be very tragic if Nigeria collects $1bn now (and uses it to pay civil servants) and then loses multiples of that in future investments.

But all that is crying over spilt milk. Sai Baba has signed the law and so we wait for the results.

–          Feyi Fawehinmi is an accountant and public affairs analyst.