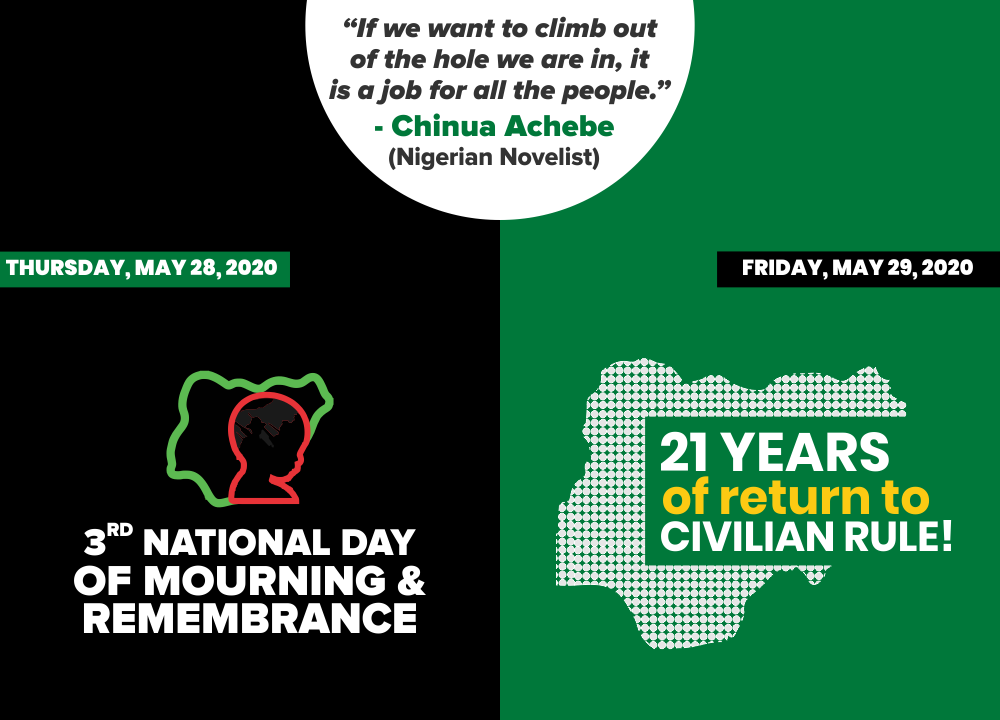 We Would Keep Fighting!

On June 6, 2018, 25 years after the historic 1993 elections,  the President Muhammadu Buhari-led government declared June 12 as Nigeria’s new Democracy Day and May 29 as Inauguration Day.

So today, we mark 21 years of our return to civilian rule.

However, the challenges that plagued us before 1999 are still with us – corruption, poor infrastructure, economic fluctuations, violations of human rights, insecurity, and other challenges.

It will be wrong to say there have been no wins, but after 21 years we are still taking baby steps in our journey to a truly democratic nation. There is a popular saying that the worst democracy is better than a dictatorship, but without visionary leadership, we continue to struggle as a nation.

We must not be weary in our demand for good governance and public accountability as we continue to see results.

On this day, EiE recommits itself to this mission of enhancing citizen engagement and good governance.

Remember, the Office of The Citizen is the HIGHEST office in the land and our leaders serve us!